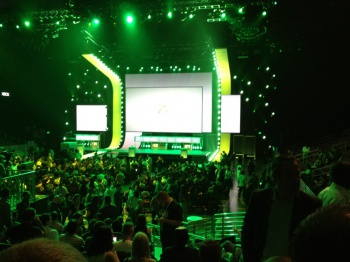 The Escapist staff has been deployed to E3 en masse to bring you as much information as we can muster.

Thanks to Twitter, we can bring you up to the minute news to you, the loyal viewer. With Steve Butts, Susan Arendt and Mike Kayatta on hand, check in with them on their own Twitter feed. They will be updating throughout the day with breaking news and up to the minute coverage of E3, as well as their fair share of the snark and circumstance only The Escapist team can bring.

Today, the big events were the Microsoft, Electronic Arts, Ubisoft and Sony Press Conferences. Keep an eye out for our Tweets and more, here at your source for all things E3.

Wait, I thought this was the Exemplary Elephant Expo, what’s this “Halo” thing? Where am I? – Mike Kayatta

Now taking bets on what will be the biggest moment of Microsoft’s press conference. – Susan Arendt

You are the savior in South Park. Trey Parker and Matt Stone finally bring some humor to the briefing. – Steve Butts

Microsoft did the impossible: Made me give a damn about Halo 4. – Susan Arendt 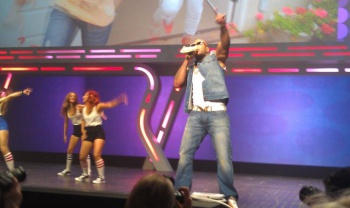 So those are your 3 premieres, and Microsoft? Really? – Steve Butts

Tomorrow, there will be Spartans in the Ladies Room. – Susan Arendt

Flo Rida sweat on me at the Ubi briefing. #e3 – Steve Butts

People are just happy to see some blood on the Wii U. No need for gameplay here, folks. #e3 – Steve Butts 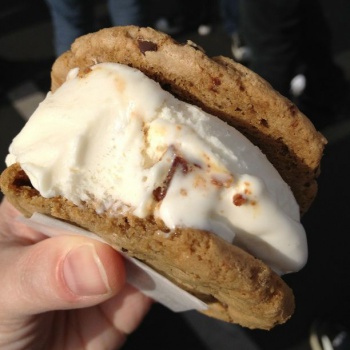