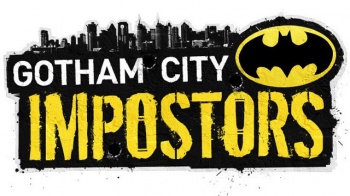 Gotham City Imposters‘ blend of Batman and Call of Duty is both strange and strangely appealing.

Gotham City Imposters reminds me of the early 00s, when Half-Life and Unreal Tournament multiplayer mods occupied the majority of my time. From this perspective, Imposters isn’t a blatant clone of a popular series but an interesting twist on it. That series being Call of Duty, and the twist being Batman‘s gadgets and support items.

Half of the fun is seeing what you can get away with, with the gadgets. I spent most of the demo clinging to the highest walls on the map and dropping on enemies with a knife kill. This might sound like a feature, reminiscent of Assassin’s Creed but, in truth, it’s just me seeing what I can get away with, with the tools provided. Along with the grappling hooks, players also have access to glider wings, rollerskates, and more, yet-to-be-announced gadgets. There are also support items which take the place of projectiles and grenades.

I call Imposters a CoD mod in the most endearing way possible. The game re-skins and renames a game familiar to many players, while adding enough new features to change things up. The game isn’t exactly daring or the best fit for the liscenese, but it’s a lot of fun for a downloadable title (available via PSN, XBLA and PC).

Call of Duty with ominous clowns and a grappling hook? Sure, I’ll download that.