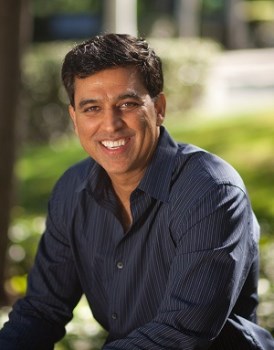 Electronic Arts Chief Technology Officer Rajat Taneja says the Xbox One and PlayStation 4 will outgun even the most powerful PCs on the market today.

Rajat Taneja is the CTO at publishing giant Electronic Arts, so it stands to reason that he has some idea what he’s talking about when he talks about the new game consoles coming from Sony and Microsoft. I, on the other hand, do not, and yet I am somewhat skeptical of an article he wrote for LinkedIn yesterday entitled “The Technology Behind Xbox One.”

For the most part it’s a fairly straightforward “this is gonna be awesome” manifesto, talking about creating living, dynamic worlds and catalyzing the imagination and taking games to a whole new level, but it gets a little more interesting when he comments on the “raw horsepower” of the coming systems.

“Both the Xbox One and PlayStation 4 have adopted electronics and an integrated systems-on-a -chip (soc) architecture that unleashes magnitudes more compute and graphics power than the current generation of consoles,” he wrote. “These architectures are a generation ahead of the highest end PC on the market and their unique design of the hardware, the underlying operating system and the live service layer create one of the most compelling platforms to reimagine game mechanics.”

That’s a bold statement and Taneja offers no details to back it up, but I have to wonder how either the Xbone or the PS4 would stack up against a PC built around, say, a 4.5 Ghz quad-core CPU and three Nvidia Titans – since we are, after all, talking about the “highest-end PCs” available. Or is he referring to mass-market machines, the sort of off-the-rack (but still relatively “high-end”) Dell rig your mom might buy to send emails and play hidden object games? That’s a different scenario entirely, and one in which this comparison fits far more easily – but that’s also a demographic that’s far less likely to be interested in what Rajat Taneja thinks about the coming generation of consoles.

At some point, both Sony and Microsoft will release detailed specs about the hardware in, and performance of, their new gaming consoles – and until it does, claims like this, even coming from a guy who’d appear to be in a position to know, are just going to look silly.