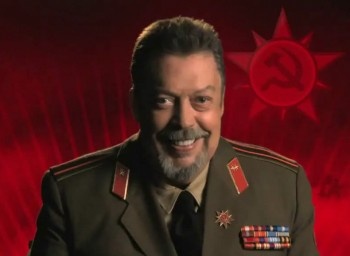 Electronic Arts apparently has a new policy wherein acting badly in their support forums will get you banned not just from the forums but from all your EA games as well.

I get a little tired of bashing EA, to be quite honest about it, but it’s hard not to do when the company appears to have rewritten its mission statement to include alienating and angering everyone and everything it sees. The latest kerfuffle revolves around a post in EA’s support forum for Command & Conquer: Red Alert 3, in which C&C Community Manager “EA Apoc” states that changes in EA’s forum policy mean users who get banned from the forums will also be unable to access their single player games.

“Your forum account will be directly tied to your Master EA Account, so if we ban you on the forums, you would be banned from the game as well since the login process is the same,” he wrote. “And you’d actually be banned from your other EA games as well since it’s all tied to your account. So if you have Spore and Red Alert 3 and you get yourself banned on our forums or in-game, well, your Spore account would be banned to. It’s all one in the same, so I strongly recommend people play nice and act mature.”

“Those banned will stay banned, but like most other internet services, its not that hard to create a new fake e-mail account,” he added. “However, its a lot harder to get a new serial key.”

As Kotaku points out, neither the Forums Help page nor EA’s Terms of Usage say anything about what constitutes a ban-worth offense, although the Forums front page says, “We ask all members of the community to respect each other and each other’s opinion. These message boards should be considered ‘E’ for Everyone and the moderators will close any posts that break the EA Terms of Service. Further violation of the EA Terms of Service will result in a banning of the offending account.”

Some forum users are questioning the legality of such a policy, while others seem resigned to the fate to which EULA fine print has them consigned. There’s also a possibility that this isn’t an EA policy at all, but instead just a forum moderator who’s wandered off the ranch a bit. We’ve contacted EA regarding this policy and are waiting, not particularly hopefully, for a response.