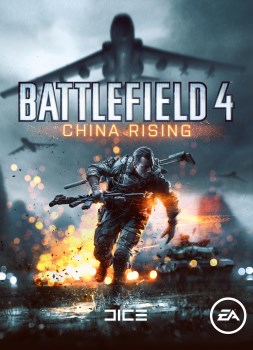 Electronic Arts released the China Rising DLC for Battlefield 4 yesterday and at the same time announced that a promised patch for the PlayStation 4 version of the game would be delayed. That led to some rather obvious questions about the company’s priorities and why it would finish and release a DLC pack for the game while letting a much-needed update slide to an unspecified later date.

In a statement to Polygon, the company acknowledged that Battlefield 4 remains a mess and said that EA DICE is working “non-stop” to update it. “Since Battlefield 4 China Rising expansion pack was already in the final stages of development by the time issues began with Battlefield 4, we decided to fulfill our promise to deliver it this week, but we’re not moving onto future projects or expansions until we sort out all the issues with Battlefield 4,” it said. “We know many of our players are frustrated, and we feel their pain. We will not stop until this is right.”

Battlefield 4 has suffered from a number of serious technical issues since launch; the delayed PS4 update was intended to correct a “one-hit kill” bug as well as crashes caused by overly large friends lists. EA also provided a link to the Battlefield 4 Control Room, where status updates on all versions of the game are being maintained.