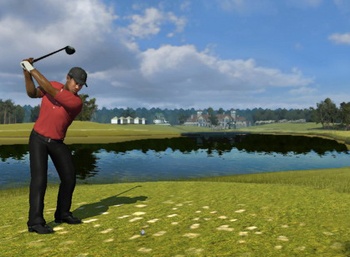 As interconnectivity between consoles and handheld gaming systems is increasingly getting more play, EA Mobile announced a new Console Boost feature that allows owners of the console version Tiger Woods PGA Tour 09 to connect with the new mobile phone edition to access bonus stat boosts. This is the first time the mobile phone and console editions of two EA titles bearing the same name are able to integrate.

“We’re excited to bring mobile-to-console gameplay to our customers,” said Adam Sussman, VP of publishing for EA Mobile. “Tiger Woods PGA TOUR 09 features a Console Boost which enables players to improve the skill level of their console character by playing the mobile game.”