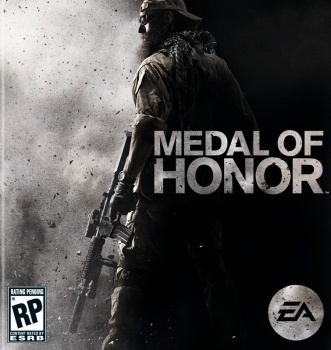 An executive from EA Europe claims that MoH will outsell Activision’s Call of Duty series in the next few years.

A senior vice president of EA Europe, Jens Uwe Intat, likened the two series to the competing soccer franchises, FIFA and Pro Evolution Soccer. EA’s annual FIFA releases gradually gained momentum and finally surpassed Konami’s PES in sales. The first MoH in three years is due out on October 12, 2010, while Treyarch’s Call of Duty: Black Ops hits shelves on November 9th. Intat admits that MoH may not beat out Activision this year, but predicts a long, healthy, sales battle.

“We certainly want to get back on top for shooters with Medal of Honor,” Intat said. “We’re not going to outdo Call of Duty this year but it will get dangerously close. This is going to be a journey, as it has been with the way FIFA overtook PES.

“In the years to come, we’re definitely going to beat Activision and Call of Duty,” stated Intat. “The combination of digital marketing and advertising with the strength of word of mouth – something that really helped FIFA – should help the comeback.”

Intat is referring to the fact that Medal of Honor hasn’t had an entry to the series in over three years since Medal of Honor: Airborne (Xbox 360, PS3) and Medal of Honor: Heroes 2 (Wii, PSP) were both released. I wonder if Intat is hinting at an annual release schedule for MoH to more directly compete with Call of Duty.

EA also has a secret weapon in that MoH isn’t their only successful shooter franchise.

“We actually have two IP bullets in our gun. Battlefield sold very well this spring and in some countries it came close to outperforming Call of Duty: Modern Warfare 2.”

Given that this year’s CoD is an “off-year” with Treyarch designing Black Ops and not Infinity Ward (not to mention that whole controversy), it will be interesting to see if Medal Of Honor sells well in comparison.