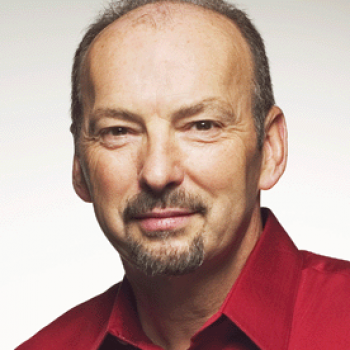 It seems increasingly likely that EA will win The Consumerist’s “Worst Company in America” award for the second year running. The publisher has already knocked AT&T off the poll and is currently going up against Ticketmaster. Should it emerge “victorious,” EA will then have to face either Bank of America or Comcast in the final.

Now, I’ve been a bit sore at EA since it dissolved Bullfrog (and in EA controversy terms that was like a billion years ago), but I’m not sure I’d label it the worst company in America. I mean, even discounting the presence of corporate hate-sponges like BP and Bank of America, EA is going up against Ticketmaster. TICKETMASTER.

Naturally, EA isn’t particularly keen on being labeled the worst company in the nation, and thus, Chief Operating Officer, Peter Moore, has penned a short piece in its defense. The article, originally posted on EA’s site, seems to be one part apology, two parts defensive arguments and a splash of gloating for flavor.

We Can Do Better

The tallest trees catch the most wind.

That’s an expression I frequently use when asked to defend EA’s place in the gaming industry. And it comes to mind again this week as we get deeper into the brackets of an annual Web poll to name the “Worst Company in America.”

This is the same poll that last year judged us as worse than companies responsible for the biggest oil spill in history, the mortgage crisis, and bank bailouts that cost millions of taxpayer dollars. The complaints against us last year were our support of SOPA (not true), and that they didn’t like the ending to Mass Effect 3.

This year’s contest started in March with EA outpolling a company which organizers contend is conspiring to corner the world market on mid-priced beer, and (gulp) allegedly waters down its product. That debate takes place in bars – our audience lives on the Internet. So no surprise that we drew more votes there.

Let me cut to the chase: it appears EA is going to “win.” Like the Yankees, Lakers and Manchester United, EA is one of those organizations that is defined by both a legacy of success, and a legion of critics (especially me regarding all three of those teams).

Are we really the “Worst Company in America?” I’ll be the first to admit that we’ve made plenty of mistakes. These include server shut downs too early, games that didn’t meet expectations, missteps on new pricing models and most recently, severely fumbling the launch of SimCity. We owe gamers better performance than this.

Some of these complaints are 100 percent legitimate – like all large companies we are not perfect. But others just don’t hold water:

That last one is particularly telling. If that’s what makes us the worst company, bring it on. Because were not caving on that.

We are committed to fixing our mistakes. Over the last three weeks, 900,000 SimCity players took us up on a free game offer for their troubles. We owed them that. We’re constantly listening to feedback from our players, through our Customer Experience group, Twitter, this blog, or other sites. The feedback is vital, and impacts the decisions we make.

I expect the debate will include a lot of comments under this post. But here’s the truth: each year EA interacts with more than 350 million gamers; Origin is breaking records for revenue and users; The Simpsons: Tapped Out and Real Racing 3 are at the top of the mobile charts; Battlefield 3 and FIFA are stunning achievements with tens of millions of players; and SimCity is being enjoyed by millions of passionate fans all over the world.

Every day, millions of people across globe play and love our games – literally, hundreds of millions more than will vote in this contest.

So here’s my response to this poll: We can do better. We will do better. But I am damn proud of this company, the people around the globe who work at EA, the games we create and the people that play them.

The tallest trees catch the most wind. At EA we remain proud and unbowed.

I’ll let you draw your own conclusions.