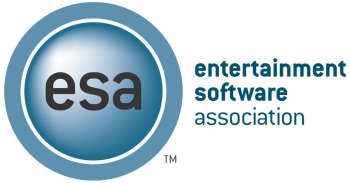 The Entertainment Software Association spent up to $190,000 lobbying the U.S. government on behalf of the PROTECT IP Act over a six-month period in 2011.

SOPA is on hold for the moment, brought low by White House opposition to the bill, but its Senate-based cousin, the PROTECT IP Act (Preventing Real Online Threats to Economic Creativity and Theft of Intellectual Property Act – who comes up with this stuff, anyway?) is still in the pipe and slated to go before the Senate later this month. Much like SOPA, PIPA isn’t exactly the most popular legislation on the internet, yet one of the driving forces behind it is the Entertainment Software Association, which represents the videogame industry in all matters legislative and judicial. And it wasn’t afraid to put its money where its mouth is, either, sinking roughly $190,000 into lobbying efforts over the spring and summer of 2011.

Between April 1 and June 30, the ESA paid the Smith-Free Group $60,000 for PIPA-related “discussions relating to online infringements of intellectual property” and then another $50,000 more for similar work done between July 1 and September 30. A second lobbying firm, the Franklin Square Group, received a total of $80,000 over the same period for a number of lobbying efforts including some related to PIPA.

The records don’t indicate where the ESA planted its flag but it has made no secret of the fact that it’s a firm supporter of both SOPA and PIPA. Given that it spends more than a million dollars per quarter on various game-related lobbying efforts, it’s not as though the ESA is throwing everything it’s got into the breach, but the fact that it’s giving any support at all to legislation so potentially damaging, and which a significant portion of its membership is against, is a little disquieting.

The ESA has not yet commented on the report.