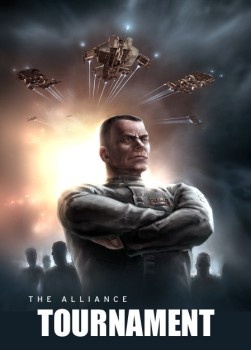 An assassination attempt in the middle of an EVE Online tournament once again has players debating the ups and downs of the game’s boundless freedom, and whether some organized events should be excluded from the game’s regular web of intrigue and machinations.

The EVE Online Alliance PvP Tournaments allow corporations to square off against one another on a level playing field, in a controlled arena with pre-established rules of engagement and a huge audience of EVE players. But they’re not immune to corporation grudges, as was demonstrated during a tournament battle this past weekend between Frater Adhuc Excessum and the Honda Accord.

As the battle began, a player with the Honda Accord surprisingly attacked and destroyed his own team captain’s ship, then self-destructed his own vessel. The player, it turns out, infiltrated the Accord on behalf of the Dead Parrot Shoppe Inc., which claims no beef with the Accord but wanted Issler Dainze, the target of the assassination attempt, dead for reasons of its own. “I was sent to kill Issler, whose alt is Denze,” the assassin, named “Happy Joymaker,” explained in a forum post. “The reasons behind it are known to the Honda Accord.”

The actual success of the hit has been debated on the EVE forums: The target’s ship was destroyed but Dainze wasn’t podded, and the Honda Accord managed to win the combat in spite of the loss. But the more relevant question is whether or not the game’s typical deviousness has a place in organized tournaments. Some players applauded the assassination attempt, the first ever to take place in a PvP Tournament, while others were unhappy that in-game conflicts could spill over into a tournament designed to take place outside the regular EVE setting. For its part, EVE Online developer CCP has remained quiet on the matter.

EVE Online takes a lot of grief for being a “spreadsheet simulator,” a hardcore, numbers-driven MMOG in which productivity trumps fun. But CCP’s hands-off approach has also created a unique environment in which players are free to do as they wish, and every now and then that freedom results in some awfully creative bad behavior. The most famous example, of course, is the Guiding Hand Social Club’s devastating infiltration of the Ubiqua Seraph, but smaller-scale intrigues abound. Does CCP have an obligation to draw a line in the sand, or is this just another case of gamers getting what they wished for?