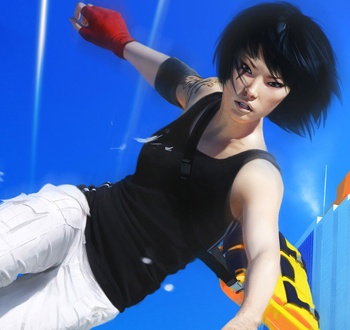 Tim Langdell’s Edge Games is at it again with a new lawsuit against Electronic Arts, claiming that EA has “willfully infringed” on its trademarks with the Mirror’s Edge game franchise.

After a brief period of quiet, Edge Games is back in action, this time alleging “willful infringement and unfair competition” on the part of EA through the 2008 videogame Mirror’s Edge. The lawsuit claims that Edge Games sent a cease and desist letter to EA prior to the launch of the game but instead of responding, EA attempted to register the Mirror’s Edge name with the USPTO, an application that was denied in 2008 because of the potential confusion with trademarks held by Edge Games.

“Despite Edge Games’ repeated efforts to contact representatives from EA, the lawsuit says EA did not respond until October 2008,” according to a press release from the Lanier Law Firm, which is representing Edge Games in the matter. “Less than a month into negotiations, EA launched the Mirror’s Edge line without Edge Games’ approval.” Edge Games is seeking an injunction against EA as well as “treble damages, which could triple any verdict if jurors find that EA willfully infringed Edge Games’ trademark.”

In September 2009, EA responded to ongoing threats of legal action against the game by filing a petition with the U.S. Patent and Trademark Office to cancel several trademarks registered to Langdell’s company. Those petitions are still pending.

Despite less-than-stellar sales, EA said last year that work on a Mirror’s Edge sequel had begun, but no release target has been set.