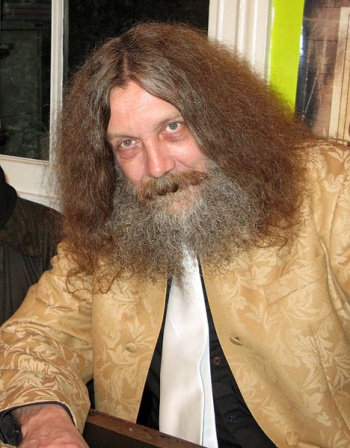 They’ve battled against Martian invaders, fought Professor Moriarty aboard an airship, contended against Bulldog Drummond and James Bond, and met the Rolling Stones – or at any rate, the Stones’ acid-fuelled fictional doubles. Now the League of Extraordinary Gentlemen – at least, the Gentlemen still left standing, being Mina Murray, Alan Quartermain and Orlando – face off against the Antichrist in Century 2009, Alan Moore’s latest graphic novel. Some of you may think you know who Moore’s Antichrist is; after all, he’s a boy wizard with a scar and a mentor named Riddle, and he’s learning the trade in a magical school which you can only get to by means of a train that leaves from a special platform at King’s Cross. However the truly magic words – ‘Harry Potter’ – never get mentioned.

Laura Sneddon, reviewer for the Observer, is one of the few who have had access to an advance copy. “As with the opera of 1910 and the cinematic references of 1969,” she writes, “the world of the League is open to all fiction…references to previous instalments show the grand scale of Moore’s meticulous planning.” To her, the obvious reference – “Alan Moore says Harry Potter is the Antichrist!” – misses the point. It’s not about Potter as the boy wizard but about the current trend of replacing story with franchise, where story counts for less than the marketing dollar to be wrung from it.

It’s not as though Moore isn’t already known for borrowing other people’s characters. Half the fun of reading something like Top Ten is playing spot-the-cameo, picking out glimpses of favorites like Tintin and Bob the Angry Flower. It’s not even the first time someone suspiciously like Harry Potter has popped up; he appeared not once but twice in Smax, though that was more of a blink-and-you-miss-it moment rather than the climax to an extended storyline.

Century 2009 is due for simultaneous release in the UK and US on 27th June.

Epic Games Sells Chunk of Itself to China