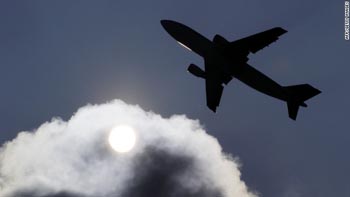 People will be able to use electronics such as gaming devices, eReaders, and smartphones during takeoff and landing.

Frequent fliers are well aware of the limited use of electronics during flights. The Federal Aviation Administration previously believed the radio signals emitted from electronic devices interfered with an aircraft’s communications. After a study, the FAA has concluded this is not the case, and has thus approved use of electronic devices throughout flights with “very limited exceptions.”

“Passengers will eventually be able to read e-books, play games and watch videos on their devices during all phases of flight,” the FAA said in a statement.

Phones should be set to airplane mode. No calls will be allowed, and the cellular signal should be off, but WiFi will be allowed as will as the use of short-range Bluetooth accessories. Laptops and other similar heavier electronic devices will have to be stowed away during takeoff and landing like usual, but anyone can use a phone, a handheld gaming device, or a tablet during takeoff and landing as long as the device is in the user’s hands or put away in the back pocket of the seat when not in use. The crew has the authority to advise passengers to turn off electric devices for landing in “rare instances of low-visibility.”

Fliers can expect to start using their electronic devices throughout their flights by the end of the year. Implementation among airlines will vary, but the FAA expects many airlines will allow electronics during takeoff and landing.