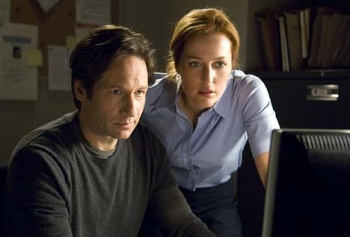 The search spanned the Atlantic, but federal agents are zeroing in on what they think might be the Anonymous members that attacked PayPal.

The FBI has raided a Texan hosting company and seized equipment believed to have been used in the distributed denial of service attacks that targeted supposed “enemies” of Julian Assange and WikiLeaks, which included the likes of PayPal and MasterCard.

It was actually PayPal that set the wheels in motion, as investigators working for the company supplied the FBI with eight IP addresses that had hosted an IRC chat of Anonymous members. Agents operating out of the Bureau’s San Francisco office then began to trace at least two of the IPs, with help from law enforcement organizations in Europe.

The first IP was traced back to a company called Host Europe, which is based in Germany. The German Federal Criminal Police investigated further and discovered that the server in question belonged to a man in France, but that it had been compromised by a third party. The IP of this third party put the ball back in the FBI’s court, as it originated from a dedicated server hosting company based in Dallas, Texas. Agents copied the contents of two hard drives from inside the server on December 16th, but the Bureau not revealed what – if anything – it has discovered.

The second IP that PayPal handed over was traced to a server held by a Californian hosting company. It’s not known at this time if the FBI has also seized data from this second site, but it seems a reasonably safe assumption that it did.