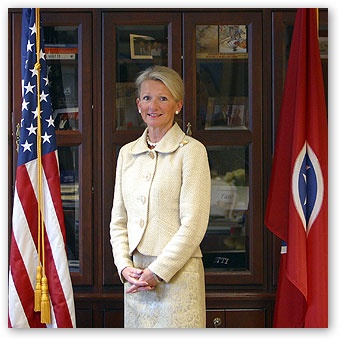 Citing World of Warcraft as an example, the FCC commissioner said that online gaming addiction is one of the top reasons for college dropouts in the US.

Remarking on the increasingly hazardous nature of the Internet, Federal Communications Commissioner Deborah Tate said that “one of the top reasons for college drop-outs in the U.S. is online gaming addiction – such as World of Warcraft – which is played by 11 million individuals worldwide.”

Tate’s remarks come on the heels of reports from the University of Minnesota Duluth that World of Warcraft habits are dramatically affecting student grades. UMD academic adviser Vince Repesh claimed that he has seen multiple students drop from straight-A’s to F’s after months of regular WoW play. “I tell parents during talks, I believe it’s one of the hidden causes for kids to fail that nobody knows about it,” Repesh said. The UMD chancellor has taken action by ramping up awareness of the risks of WoW addiction among freshmen and advisors.

Tate never backs her claim up with numbers, but most WoW players should have first-hand knowledge of how easy it is to get your priorities messed up when you’re caught up in it all. Even if we take Tate’s word for it, though, are the games really completely at fault here? If game addiction is the result of social problems above all else (as some would argue), isn’t the problem the state of life in American colleges as much as anything else?