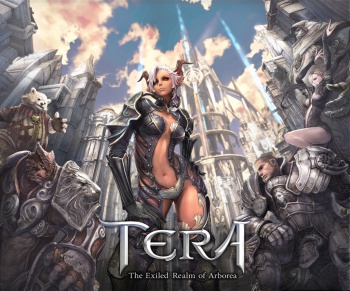 Fans launch petition over what some might consider a minor change.

Fans of the upcoming MMORPG Tera recently launched a petition protesting several recent changes made to game’s European version, though strangely, they’re not protesting adjustments to the game’s classes, leveling system or anything that’d typically occur to an MMO. Instead, players are apparently upset over Frogster’s decision to cut down the amount of digital blood that appears in the European version of the game.

“We, as members of the Tera community, feel that this time you have crossed the line,” reads the petition’s statement, which is titled “Bring Blood Back to Tera EU!”. “The community was patient for a very, very long time with your incompetence and childish games. You have played with the boundries [sic] of how much the community can take. Count in all the false information that was given to us.”

The US version of Tera has been given a Mature rating by the ESRB. However, in Europe, Tera was given a much lower 12+ rating by PEGI. In order to keep in line with this rating, Frogster decided to make several cuts to the European version of Tera, the most notable of these were the lessening of any digital blood or blood splatters that appeared in combat in addition to removing a slider that allowed players to adjust the amount of blood that could appear in-game. According to a forum post made by Tera Europe’s lead community manager, blood still appears in the game, but at a reduced amount.

In response to this apparent high-level treachery, several European players are vowing to cancel their pre-orders or only play Tera on the unaffected US servers.