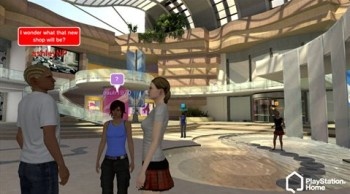 The roommate of a female player claims that her avatar was “sexually assaulted” while inhabiting the PlayStation 3’s free social space, Home.

On December 22, 2009, PlayStation forum member Whoef posted a story describing how his female roommate was harassed while she was participating in the puzzle games associated with Home’s Winter Wonderland event. The unnamed harasser followed the woman’s avatar around incessantly near the Festive Tree and used the crouch emote, ostensibly to position his avatar near her backside. Whoef claimed that this behavior was sexual in nature and demanded that Home have some way to combat such behavior. An Australian newspaper picked up the story today and opined that just because such attacks occurred in a game, that doesn’t mean that they aren’t real.

“My roommate was sexually assaulted near the Festive Tree while she was helping others with the puzzle,” said Whoef in his post. “She would move and the harasser would follow. Each time trying to get behind her and use the crouch gesture. This apparently went on for some time.”

If sexual assault and other crimes against users, it seems predominantly against women, is allowed to continue, at the very least Home is going to turn into an all male application. Worse, Home is going to lose a lot of money. Starting right now with my roommate’s.

She hasn’t decided whether she will go back into Home. At this point she is rather disappointed with the whole thing and I don’t blame her at all.

Quoted in the January 18th edition of the Daily Telegraph of Australia, Dr. Jessica Wolfendale said that “A lot of people in these games don’t draw a strong distinction between the avatar and themselves. When you read accounts of people who are involved with [multiplayer] games, they say things like ‘I was hurt’ and ‘I was insulted’ when they are talking about attacks on their avatar.” Wolfendale is a postdoctoral research fellow at the University of Melbourne’s public ethics center.