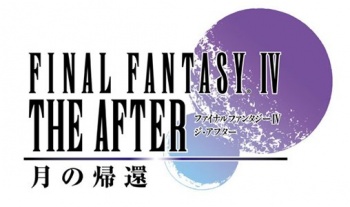 The ESRB has rated a game called Final Fantasy IV: The After Years for the Wii, suggesting that the episodic FFIV sequel will be coming to WiiWare this year.

The After, which tells the story of FFIV heroes Cecil and Rosa’s son Ceodore and was written and directed by the original director of the first game, was released in episodic form on mobile phones in Japan. About a month ago, rumors appeared that the title might be getting a Xbox Live Arcade port when some mysterious URLs on the Japanese Xbox site showed up mentioning FFIV.

Now the ESRB seems to be refuting those rumors, as it has posted a rating description for a game called Final Fantasy IV: The After Years for the Wii. “This is a 2D role-playing game in which players embark on an adventure involving magical crystals and a mysterious kingdom,” the description reads. “Players traverse across a field map or through dungeons and can enter into turn-based battles along the way.” The ESRB goes on to note the use of an item called “Bacchus Wine” in the game. Alcohol reference alert!

Since The After isn’t exactly a full game proper but an episodic series, it stands to reason that it would be work well on Nintendo’s WiiWare service for downloadable titles. WiiWare’s no stranger to episodic content, having already played host to Telltale Games’ series of Strong Bad games.

The question, then, is how Square and Nintendo plan to dole out the installments, which were released at the rate of once a month and over the course of a year in Japan. That seems a bit extravagant for Western markets, not to mention that that format was well-suited to cell phones, and the Wii’s a totally different ball game.