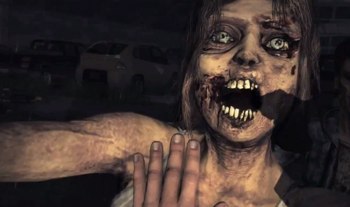 Retailer-exclusive bonuses are also in the works.

When the fan-made trailer for Walking Dead: Survival Instinct appeared in early January, it made a lot of people nervous. Not because they feared the inevitable zombie apocalypse, but because the game footage – which was later revealed to be taken from a very early build of the game – looked downright bad. But now, over a month later, we finally have an actual, real, totally official Survival Instinc trailer to gawk at.

The rather brief glimpse at the game builds a bit of drama between brothers Daryl and Merle as they attempt to make sense of the now zombified world around them. A few shots of the undead are also showcased, featuring torn skin, creepy eyes, and a hunger for human flesh.

Two pre-order bonuses were also announced, with special perks offered to those who drop cash at either GameStop or Amazon. GameStop buyers will gain access to the “Herd Mode,” which is a wave-based challenge mode, while Amazon customers will be equipped with three additional melee weapons in the form of the “Walker Execution Pack.”