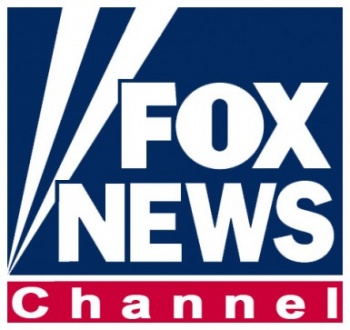 In a display of manipulative journalism from beginning to end, Fox News attempts to debate whether or not artistic videogames should receive federal funding.

Recently, the U.S. federally-funded National Endowment for the Arts changed its criteria for what it considered art, adding “interactive games.” This means that a videogame developer can now apply for a grant to develop a not-for-proft artistic or educational game that “enhances the public good” in accordance with the NEA’s guidelines, just as filmmakers and other content producers can. Fox News took the opportunity to jump on the change, developing a short segment that attacks the federal government for funding videogames.

To its credit, Fox News brought in editor-in-chief of Icrontic Brian Ambrozy, who actually knew what he was talking about. Fox pitted him against radio talk-show host Neal Asbury, whose intention was obviously to ignore the facts and spout rhetoric.

Not to its credit, the very first line of the Fox News segment set a poor tone that would continue through to the end. “Should the videogame Call of Duty get federal funding,” the host asks, while showing violent clips of the game. Anyone that had done their basic research on the NEA’s guidelines would know that Call of Duty isn’t anywhere remotely close to getting federal funding. This line is either ignorantly or intentionally manipulative, which in either case is extremely disappointing coming from one of the nation’s most popular news outlets.

Ambrozy does his best to express this fact, but is somewhat overshadowed by the loud, outspoken words of Asbury. “Hey, maybe we should start giving taxpayer money to ping-pong players,” Asbury says, not seeming to understand that a ping-pong player and a videogame developer are two entirely different professions. He adds that organizations like the NEA are “stretching the limits of wastefulness,” becoming a “perversion” of what they were originally intended to be, all in regards to the changed criteria.

Ambrozy comes back pointing out that videogames and entertainment in general generate billions of dollars per year, and that an NEA-funded videogame could perhaps inspire the population to become involved in artistic or technical professions related to videogame development. Asbury replies with more wasteful spending quotes, saying: “President Obama wants to raise my taxes to pay for videogames?”

Nowhere is it ever acknowledged that Call of Duty and games like it are not going to receive taxpayer dollars. The intent of the segment seems as if it was meant to take a dig at the current leaders of the U.S. government using factually incorrect information and an over-animated critic, rather than a look at what’s actually occurring in reality.

The worst part is that these sorts of segments, though less than 5 minutes long, affect people. Someone is probably in an argument right now about how the government is using taxpayer dollars to fund Call of Duty, and that simply isn’t the case. Not every game is art, but interactive media can absolutely be developed in an educational or artistic way, and that’s all the NEA is recognizing. It’s sad that media outlets are still using the general ignorance of the public about the broad spectrum that videogames now encompass for their own ends.

The Fox News segment can be viewed here