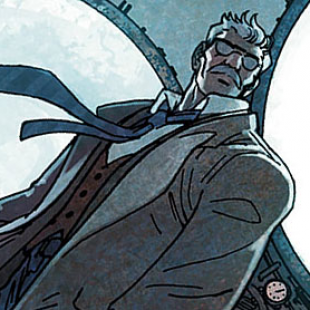 Batman fans might find themselves tuning into Fox sometime in the near future. While the Dark Knight himself won’t be making any Fox-related appearances, the network will still be getting a slice of DC in the form of Gotham. Focused on the early career of future police-Commissioner James Gordon, the show will be based around his and the Gotham Police Department’s efforts to put down the city’s crime and deal with “the villains that made Gotham famous.”

Though there have currently been no announcements concerning potential casting, it’s been confirmed that Bruno Heller, whose TV work includes Rome and The Mentalist, will be working on the series. Apparently confident in the series’ success (it is Batman related after all), Fox has decided to skip filming a pilot and instead has put a straight-to-series order in place. Viewers can probably expect Gotham to start airing during the 2014-2014 TV season.

Personally, this news excites me, especially since it reminds me of the comic Gotham Central which largely sidelined Batman and instead focused on the police officers routinely getting chewed up and spit out by Gotham’s infamous rogues gallery. That being the case, Gotham being on Fox could lead to some potential complications. Most notably, potential crossovers with other DC-based TV series, The CW’s Arrow for instance, probably won’t be happening with Gotham on Fox. Granted, that’s not necessarily a tragedy (I’ve always liked Batman content to be self-contained), but there are probably some who would like to see DC television properties weaving together a la the Marvel Films and ABC’s recently launched Agents of S.H.I.E.L.D. That issue aside, it will be interesting to see how Gotham pans out.