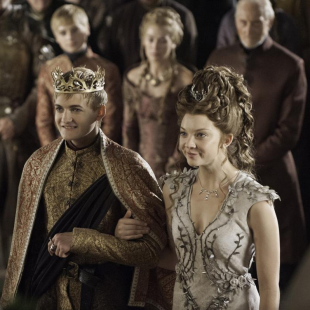 More than 193,000 people were tracked sharing the same torrent for the latest Game of Thrones shocker.

Game of Thrones recently stunned fans with yet another a big twist in its most recent episode The Lion and the Rose. The show’s many fans, in turn, expressed their appreciation by illegally downloading the episode 1.5 million times in the 24 hours following.

That being the case, the truly impressive numbers came from trackers who revealed that a whopping 193,418 people were, at one point, sharing a single torrent. This rare instance of mass sharing blew previous records (also held by Game of Thrones) out the water by more than 20,000 people.

Not that the show is a stranger to such high numbers. Just a week ago, the season four premiere was downloaded more than a million times in the first 12 hours following its airing. At the peak of that piracy fest more than 300,000 people were sharing one of three popular torrents. The season three finale, likewise, dominated TV show torrents back in 2013 when it was downloaded 5.9 million times.

The real question now, of course, is just how long this record will stand. With the show’s popularity ever rising and season four already looking as though it will be especially eventful, it might be safe to assume that the series will be knocking its own records over more than once in the coming months.