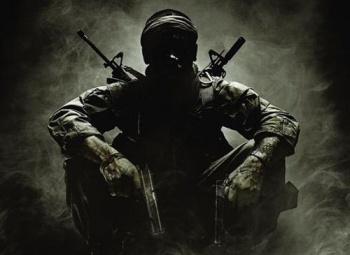 Statistics show that in 2010, videogames sold more units than movies or music, becoming the best selling form of media out there.

Numbers coming in from the Entertainment Retailers Association show that gaming, though it has long brought in more money than other forms of entertainment media due to the higher price of games, has finally taken its place on top of the heap, moving more units than either music or movies.

The single best selling title from any form of media in 2010 was (no surprise here) Call of Duty: Black Ops with 3.27 million units sold, beating out Avatar‘s 3 million for the number 1 spot. Coming in behind these two entertainment behemoths was FIFA 11 with 2.39 units sold, making two of the top three entertainment titles video games.

“We’ve long been used to the idea that in value terms the videogames industry is bigger than film or music. But it is a significant moment when a game outsells all over forms of entertainment,” said the ERA’s spokesman, Steve Redmond. Game sales, while the most impressive of any form of entertainment media, still took a 12 percent hit from 2009, implying that while the big name titles and studios are selling more and more, the mid-to-low budget games are selling significantly less.

Of course, that might look different if mobile app sales, which were not factored into the ERA’s numbers, had been included. Angry Birds alone sold 12 million units, which would obviously make it the single most purchased form of entertainment media, had it been counted in the statistics.

So if you happen to know any nay-sayers who insist gaming is only for kids and overgrown manchildren and is just a fringe industry, you now have numbers to point to whilst partaking in an a hefty helping of mockery and derision. It’s only fair.

The Old Republic Gets Wookie Localization

Jar Jar Binks Gets Beaten Up On The New York Subway