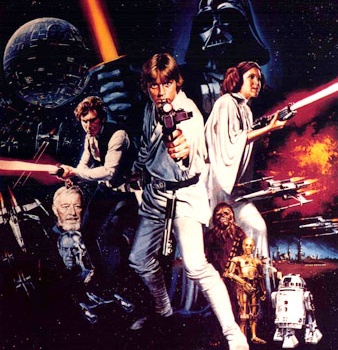 George Lucas is sick of hearing complaints from the Star Wars fanbase, so he’s leaving big-budget filmmaking for smaller projects.

In a recent New York Times interview regarding his upcoming film Red Tails and the difficulties in creating the World War II biopic, filmmaker George Lucas stated he’s stepping back and pull the final curtain on his career. Instead of producing any more multi-million dollar blockbusters, Lucas hopes to devote his time to making smaller, more artsy and personal films like his mentor, friend and fellow filmmaker Francis Ford Coppola.

“I’m retiring,” Lucas stated in the the interview. “I’m moving away from the business, from the company, from all this kind of stuff.”

This may also mean that Lucas will finally be done with creating any more adventures (good or bad) in Star Wars’ far, far away galaxy, although Lucas sort of attributes this to the increasing backlash he’s received from the Star Wars fan base over the 1997’s special edition release of the original trilogy and every subsequent re-edit since. In explaining why, Lucas likened the negative response to the kind of demands he used to hear from major film studios, who in the past have forcibly re-edited his earlier films like THX 1138. Lucas feels his ability to re-imagine the Star Wars films into what he originally wanted them to be is being restricted by the criticism he’s heard over the Star Wars films.

“Why would I make any more,” Lucas stated about continuing with his popular sci-fi universe, “when everybody yells at you all the time and says what a terrible person you are?”

While it remains to be seen if Lucas’ retirement sticks, his next film, Red Tails opens this Friday, and is a historical drama about the all-black fighter squadron known as the Tuskegee Airmen, who fought in the second World War.

Dear Esther Gets a Trailer and a Steam Page