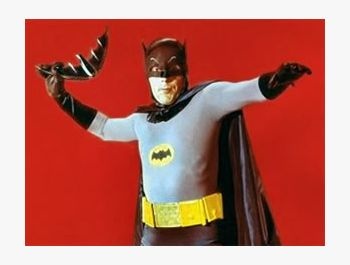 The Batman: Arkham Asylum Collector’s Edition is going to cost 100 bucks when it hits the shelves in June but word on the street is there’ll be something in the box that might just make it worthwhile: A real-life Batarang.

That’s right: According to rumors, the Collector’s Edition of the upcoming Batman game from Eidos and Warner will include a 12-inch version of the bat-shaped multipurpose crime fighting tool made famous by Adam West. There will be other cool stuff too: A DC “Custom Encyclopedia,” the first DLC pack for the game, the obligatory “behind the scenes” bonus DVD and a soundtrack disc. But let’s face it, there’s only one reason you’re thinking about laying down a C-note for this thing: A goddamn Batarang.

Kotaku reported the Collector’s Edition contents based on “solicitations” from GameStop, but the company’s website currently lists the final contents of the CE as “to be determined.” The price is confirmed, however, and for 100 bucks there better be something special in the box. And since official Batman Codpieces would be murder to ship, Batarangs are a solid second choice.

The only collector’s edition I ever forked out 100 bucks for was Half-Life 2, a purchase which left me decidedly wary about future purchases of $100 videogames. Games need both huge levels of anticipation and demand and a pile of really cool bonus stuff in the box to justify triple-digit price tags. It sounds like Arkham Asylum has the latter nailed, but how will it fare with the former?