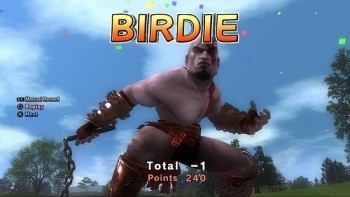 The bloodthirsty protagonist of God of War wasn’t always the maniac we know and (sort of) love.

Think about Sony’s God of War series, and there’s a good bet that the image that first pops into your mind is of the series antihero protagonist, Kratos. Kratos cuts a very recognizable figure, what with his stark red-and-white skin, the blades grafted onto his arms, and his willingness to slaughter his way through hell and back to get what he wants.

Understandably, though, it took a while to get the design of Kratos right. “I think it took us a year-and-a-half to come up with Kratos,” Ken Feldman – lead environmental artist on the first God of War (and now series art director as a whole) – told Official PlayStation Magazine UK in the magazine’s latest issue.

“That was the most difficult thing. Everything had to be based around this character – the story, the weapons. The first guy we came up with was a little elf character, he was hysterical. His animations looked like Disney.” Other original concepts for Kratos included an escaped slave and a monk carrying a baby, revealed Feldman.

Thankfully, series creator David Jaffe had a much clearer idea of what he wanted Kratos to look like – a vision based off of his love for action-adventure movies and games, and Greek mythology. A good thing, too, or else we could have been playing a God of War with a very, very different character.

I wonder if a little Disney elf would have had two candycanes grafted to his arms instead of swords.