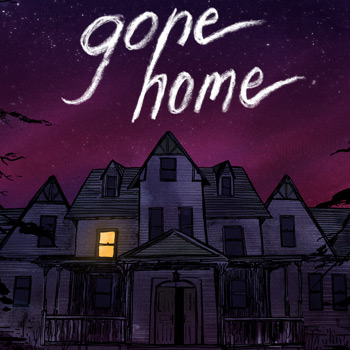 Console gamers will soon be able to dig into the indie PC darling Gone Home.

The Fullbright Company announced today that Gone Home, which made a big splash among PC gamers when it came out last year, is on its way to consoles. Fullbright Company co-founder Steve Gaynor wrote in a blog post that while it made sense to go with Windows, Linux and Mac for the initial launch, the studio had always hoped to eventually get the game to consoles.

The console edition of Gone Home will be handled by Midnight City, a new indie publishing label operating under the Majesco flag. “The folks at Midnight City know exactly what an indie needs out of a publisher these days – to take on the role of a service provider that gets all the logistics done to the highest level of quality possible and helps get the word out to a new audience about why they should care about this game, without trying to own the IP or get in the way of the existing relationship we have with our players,” Gaynor wrote.

The choice of a Majesco label as a publishing partner is an interesting one. “We weren’t looking for a traditional publisher – and Midnight City is anything but,” Gaynor said. But Majesco is also mired in financial trouble, and a 180-day window to get its stock price above $1 or face Nasdaq delisting recently expired with the stock sitting well below the 60 cent mark. Majesco announced last month that it wants to implement a reverse stock split to get its price above the required mark, but that plan has yet to be put into action. More worryingly, the last game publisher to take that gamble was THQ, which was nonetheless unable to stave off a spiral into insolvency and non-existence.

Gaynor said that platform specifics and a launch date for the console version of Gone Home will be revealed “in the coming weeks and months.”

Astronauts in the ISS Fielded Questions from SXSW Attendees, Live