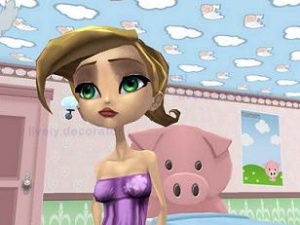 The short-lived Google Lively web world project will be closing down at the end of the year so the search giant can focus on its core projects.

In an post on the official Google Blog, Google solemnly states, “Despite all the virtual high fives and creative rooms everyone has enjoyed in the last four and a half months, we’ve decided to shut Lively down at the end of the year.”

The move is mostly a survival tactic, allowing the company to “prioritize our resources and focus more on our core search, ads and apps business.”

Kevin Hanna, the creative director on the project, and Mel Guymon, its operations director, hoped Lively would successfully integrate the web browser, gaming and digital worlds like Second Life by allowing websites to host their own Lively rooms and developers to add games to the service via an upcoming application programming interface (API). A combination of flat user growth and a seeming lack of interest (Lively wasn’t even compatible with Google’s heavily-pushed Chrome browser) attributed to its death.

Sad news for the few thousand users Lively had retained after the launch hype wore off during the summer. To those who enjoyed the service, Google encourages them “to capture your hard work by taking videos and screenshots of your rooms.”