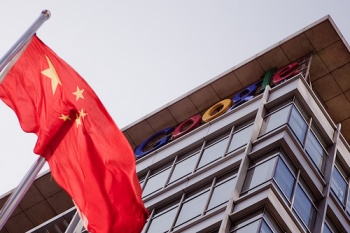 Google has pulled the plug on its Chinese censorship, which will likely end in the termination of the company’s relationship with the country.

The Chinese censor-friendly Google.cn is no more, following an announcement by Google that it will no longer comply with Chinese censorship standards. “We want as many people in the world as possible to have access to our services, including users in mainland China, yet the Chinese government has been crystal clear throughout our discussions that self-censorship is a non-negotiable legal requirement,” Google’s chief legal officer and Senior Vice President David Drummond said.

Drummond said he hopes China will respect the company’s decision, but is aware China can block Google’s services at any time. Google.cn was first launched in 2006 and immediately came under fire from critics who said Google caved to China’s censorship too easily and flew in the face of its own open information policies.

This reversal comes in the wake of Google’s announcement of a January attempt by the Chinese government to obtain the emails of Chinese human rights activists. It is because of this, Google has stated, that it is no longer able to abide by China’s censorship demands. China has responded by accusing Google of politicizing itself, criticizing the company’s intentions and upholding its sovereign right to uphold its own internet standards.

“…Whether leaving or not, Google should not continue to politicalize itself, as linking its withdrawal to political issues will lose Google’s credibility among Chinese netizens. That, will make Google end up to be the biggest loser,” the government said in an issued statement.

Are The Old Republic‘s Sith In the Right?