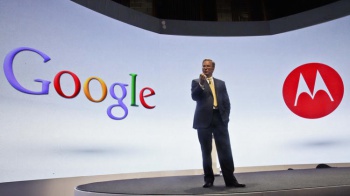 Lenovo finally has a major presence in the US market, as it
acquires Motorola Mobility from Google for $2.91 billion.

Google is selling Motorola Mobility to Chinese company Lenovo for an astounding $2.91 billion, with the payment terms being divvied up into a mixture of cash and stock. Google is set to receive $650 million cash and $750 million in stock, while the remaining sum of $1.5 billion will be paid by Lenovo over the span of three years. Although Lenovo will obtain 2,000 patents and Motorola’s portfolio of devices which include the Moto X, Moto G, and the Droid Ultra series, Google will retain ownership of the vast majority of patents it originally received when it bought Motorola back in 2011.

The acquisition by Lenovo instantly gives the PC and smartphone maker a major presence in the US market, where it has struggled compared to its smartphone success in Asian countries. Google, meanwhile, will finally be able to unload Motorola which has been draining profits since its buyout a few years ago.

Will this finally give Lenovo a foothold in the US? For spending close to $3 billion, I sure hope.