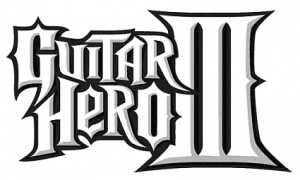 Activision has announced that Guitar Hero III: Legends of Rock will be coming out for both the PC and Mac platforms.

Guitar Hero III: Legends of Rock will feature multiplayer modes, boss battles and unlockable content, and will include over 70 music tracks, with more available online via a to-be-announced distribution scheme. The game will ship with a USB version of a Gibson Guitar controller, although final details of the controller have yet to be released. Jay Gordon of Aspyr Media, which is handling the development of the PC and Mac version of the game, said that graphical options to accommodate PC hardware have been added, but that the game “otherwise remain(s) true to the console experience.”

Aspyr Vice President Ted Staloch said, “Aspyr’s expertise in developing and publishing for these platforms means that we will deliver a game that wails just as hard as it does on consoles but feels natural on this audience’s chosen platform.” Dusty Welch, head of publishing at original Guitar Hero and Guitar Hero II publisher Red Octane, added, “PC and Mac gamers can now shred as hard as their console counterparts do, and it’s a great opportunity to help promote musicianship and expand the growing number of Guitar Hero fans worldwide.” Red Octane was purchased by Guitar Hero III publisher Activision in May 2006.

No specific release date has been set, but according to Gordon, Activision will try to ship the console and PC versions of the game simultaneously. Even failing that, “We’re quite certain that you’ll see Guitar Hero III for the PC/Mac in stores before the holidays,” he said.