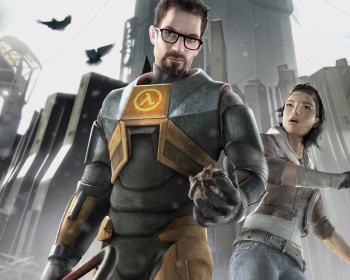 Counter-Strike co-creator Minh “Gooseman” Le says he has seen Half Life 3 concept art and a playable build of a new Left 4 Dead title.

Half Life 3 has somehow become the holy grail of the PC gaming community. Spoken only of in hushed whispers, many doubt its very existence. Well, according to Counter-Strike co-creator and ex-Valve employee Minh “Gooseman” Le, it most definitely does exist, and is currently in development. He also says Valve is working on a new Left 4 Dead title, that “looks great.”

“There’s like a laser sight on my head right now!” Le lamented during his Twitch interview with goRGNtv. “I don’t think I can talk about that, to be honest, but I think it’s kind of public knowledge, that people know that it is being worked on. And so if I were to say that yeah, I’ve seen some images, like some concept art of it, that wouldn’t be big news to be honest.”

“And I mean it wouldn’t surprise anyone if I said they’re doing it, they’re working on it, yeah. So to go on a limb I’d say I did see some concept art for Half-Life 3.”

Le was a lot more up-front about the new Left 4 Dead title, saying outright that he saw it and that it “looks great.”

“I was really excited when I saw that, I was like ‘wow, this looks great’. Because I really enjoyed Left 4 Dead, it was just one of those games that really just changed the industry. I think at the time there wasn’t many good co-op games, so yeah, this is a great co-op game.”

We would reach out to Valve for an official comment, but that seems like an ultimately fruitless gesture.