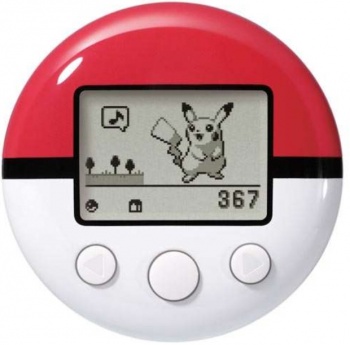 If you want to unlock every bonus in Pokémon HeartGold or SoulSilver‘s Pokéwalker accessory, you’re going to need a few new pairs of Keds first.

Pokémon HeartGold and SoulSilver are sold with an included Pokéwalker, which is a pedometer that can provide neat extras in the Pokémon games. Pokéfans can put Pokémon in the device and also use it to find items along certain “routes.” According to Bulbapedia, unlocking every route in the Pokéwalker can only be done by walking a minimum of 1,000 miles.

Routes are unlocked by accumulating an in-Pokéwalker currency of sorts called Watts, acquired through walking. For example, one route called the “Quiet Cave” requires that the player have 100,000 Watts. Assuming that the average person will take 2,000 steps per mile, and doesn’t use any Watts to look for items or other Pokéwalker activities, we reach the number of 1,000 required miles. That means it would take 200 days at an average of four miles per day to unlock everything.

This really is a great way to ensure that major Pokéfans never trade in their HeartGolds and SoulSilvers, though I almost expect many people to have discovered some way around the 1,000 mile number already. Mark my words, I see elaborate Pokéwalker-cheating contraptions on YouTube in the near future. While it might seem like Nintendo is doing gamers a favor by forcing us to get some exercise, I can’t help but feel bad for the 10-year-old kids out there that are already walking in circles in their living rooms, appearing somewhat crazy to their parents, just to be able to find some kind of special Pokéthing.