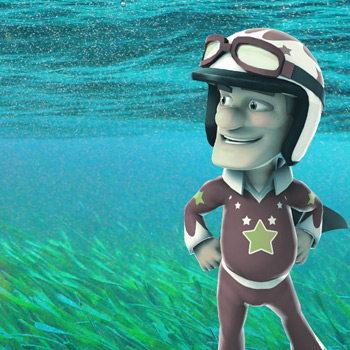 The developer behind Joe Danger and No Man’s Sky has been denied by its insurance company, but Microsoft’s Phil Spencer is “going to look into it.”

Hello Games hasn’t had the happiest of holidays. On Christmas Eve, mother nature attempted to wipe out the Joe Danger developer’s offices with a gigantic flood, but the team’s holiday cheer remained in tact. And, somehow, even after their insurance company denied their claim, the folks at Hello Games still have a sense of humor.

“BAD NEWS!” tweeted a representative. “Had a ‘hilarious’ call with insurer yesterday. Small print is if you are in a flood risk zone, you are not insured for flooding.”

Thirteen minutes later, Hello Games posted another message that shows just how optimistic this crew actually is. “On a brighter note,” the message reads, “no insurance means we can just wade in and start setting things straight! Hello Games assemble!”

Yesterday, the Hello Games staff spent the day documenting their cleanup process via Twitter. Furniture, fixtures, and electronic equipment all met a watery end, but, thankfully, no injuries were reported.

Right now, the developer is working on No Man’s Sky, a game that stole the show during VGX on December 7th. Hopefully, all of this flooding won’t cause major problems for No Man’s Sky. Developers, especially small ones, work on very tight budgets, which means that major financial setbacks can end up becoming studio killers.

However, when a Twitter user suggested that Phil Spencer, the corporate VP of Microsoft Studios, should think about tossing a little holiday cheer at Hello Games, Spencer said that he was “going to look into it.” And, if a flood ends up turning into some kind of partnership with Microsoft, this situation might become a full-fledged Christmas miracle.