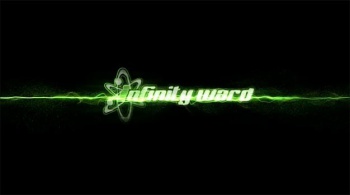 Parent company Activision will be merging Infinity Ward with Neversoft into a single “super studio;” with the Neversoft name set to be retired.

Publisher Activision will be merging Call of Duty studio Infinity Ward with Neversoft — former developers of the Tony Hawk Pro Skater franchise. This studio shakeup has been revealed in an internal Activision memo obtained by Giant Bomb. Written by Activision CEO of Publishing Eric Hirshberg, it mentions that the both studios will be called Infinity Ward after the merger since it’s the “sensible choice,” and that between these two studios, Hirshberg thinks a single “super studio” could emerge.

As you know, Neversoft and Infinity Ward teamed up for the development of Call of Duty: Ghosts…And through that process, it became clear that the two studios have very complementary skill sets. Between these two excellent studios, it seemed like a single ‘super-studio’ could emerge.

As already mentioned, we are merging these two very talented teams and obviously had to choose a name for the combined studio. Since the Infinity Ward brand is indelibly tied to the Call of Duty franchise, it is the sensible choice. While it will be strange to not see the Neversoft logo on future games, the important things–which are the Neversoft team’s talent, creativity, professionalism and commitment to creative excellence–all remain unchanged as part of this new chapter.

The man leading this new super studio will be Dave Stohl, the current executive VP of worldwide studios for Activision. Current Infinity Ward chief Steve Ackrich will remain at Infinity Ward in a leadership role. What this new Infinity Ward team will be developing hasn’t been disclosed in the memo, but given IW’s track record, it’s safe to surmise that it will once again be an entry into the Call of Duty franchise. As for Neversoft, even before the merger, it has already helped out in past Call of Duty games and has even helped Infinity Ward in releasing its latest game, Call of Duty: Ghosts.

Is this the start of a trend of more internal Activision studios being tapped or merged to develop more Call of Duty games? With Infinity Ward, Treyarch and Sledgehammer Games solely focused on creating entries in the shooter franchise, let’s hope not for variety’s sake.