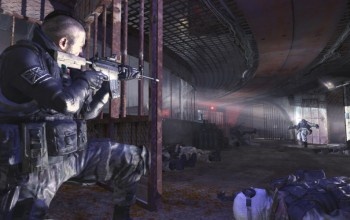 It looks like they’ll be rolling out the barrel at Respawn Entertainment pretty soon, as seven former Infinity Ward employees have now joined Jason West and Vince Zampella at the new EA-backed studio.

I suppose we can’t say we didn’t see this coming. When Infinity Ward veterans began streaming out of the studio behind dismissed co-founders Jason West and Vince Zampella, it was pretty widely assumed that a few of them would follow the duo to their new venture at Respawn. That was an incorrect assumption – the “few of them” part, that is. So far, it looks a lot closer to all of them.

Activision can’t be happy about this, but neither is it particularly surprised; a week ago, Activision rep Dan Amrich admitted that the bleeding at Infinity Ward would probably continue for awhile. “[It’s] not over yet,” he wrote on Facebook. “More people will probably go too, looking for new situations. Maybe they will join Respawn, maybe not.”

Activision has made it clear that it intends to “redistribute” the Modern Warfare 2 bonuses owed to West, Zampella and others to Infinity Ward employees who remain with the studio, a strategy which some people have noted has a certain ring of bribery to it. It also appears somewhat legally dubious and even if the company is able to do it, will it really be enough to keep people in their chairs? I’m inclined to think that we haven’t seen the last high-profile departure from Infinity Ward just yet.

What’s the Problem With Hit-Girl?