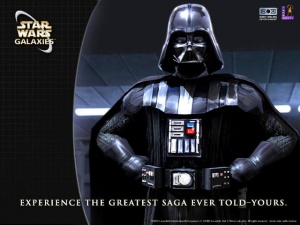 Freeman had previously worked at Spacetime Studios as well as on Ultima Online, but is best known for his stint on Star Wars Galaxies, where he was unfortunate enough to become the public face of the “New Game Enhancements” update, one of the most infamous debacles in MMOG history. In a story from June 2007, Allen Varney detailed how Freeman became the target of gamer rage over the NGE, even though his role in its development was minor.

Despite the fact that he continued to suffer online abuse at the hands of Star Wars Galaxies players unhappy with the NGE changes even after leaving Sony Online Entertainment in late 2006, Freeman’s brother clarified that his suicide had nothing to do with the game. “I want everyone to know that it was not SWG that led him to take his life,” he said. “He has been troubled for some time. There were a lot of personal issues that tore at him.”

A memorial service will be held for Freeman in his hometown of Austin, Texas, on October 2. He was 39.