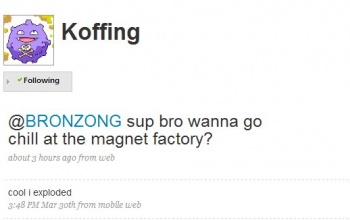 Who says spending all day on Facebook and Twitter is a total waste of time? According to some experts, being able to use social media sites is a big advantage in today’s dreary job market.

It’s easy to give up in the face of unemployment. Some people sink into depression, others sink into World of Warcraft. Some spend all day just looking at photos and taking silly quizzes on Facebook (yeah, that’s totally not me). Others mash refresh on their Twitter pages, starved for anything interesting. It may seem like these activities are counter-productive to getting a job, but according to some marketing experts, being well-versed in social media is a huge plus in today’s job market.

“Career coaches have always counseled job-hunters to improve their communication skills, but now we’re training people how to tell a story in 140 characters or less,” said Nance Rosen, a social media expert who coaches companies and employees on business communication. “Accounting, technology and administrative people are human assets, that must be multi-functional in order to be attractive right now. Like a photocopier that also faxes and scans, an employee who can talk up the company favorably on blogs or forums is more desirable than one who can’t.”

Rosen has some numbers to back her up: a search for “twitter” on a “popular job board” unnamed by Rosen’s press release revealed more than 7,500 social media openings with salaries ranging from $30,000 to $110,000. And according to a poll conducted by popular professional social networking site LinkedIn, 69% of Americans don’t even know what Twitter is, which should mean that you don’t have as many people to compete with when it comes to these jobs.

There’s no doubt that social media skills are increasingly a prerequisite in these marketing jobs, but these trends (Twitter especially, in recent months) take off so quickly that it’s easy for people and companies to forget how to use a service well when they’re so caught up in just using it because everyone else is. The games industry, for example, is pretty inundated with Twitter marketing – just about every company has an account, but few of them use them in novel ways, with a few exceptions.

The problem that I see is that even if 69% of Americans don’t know what Twitter is, anyone who’s even interested in a career in social media does, and might know how to use it well. Which means there’s less competition overall, but what competition exists is likely pretty tough. You really can’t just slap “I have 1,000 followers” on your resume and expect to get hired, I don’t think.