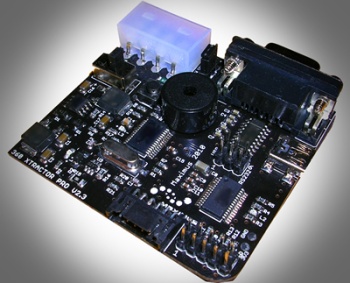 The judge in the case of a man facing a ten-year sentence for modding Xbox consoles tore prosecutors a new one yesterday, blowing up at them for proposing flawed jury instructions and trying to suppress possible illegal behavior on the parts of at least two government witnesses.

Matthew Crippen is in a tough spot. The 27-year-old student was arrested in the summer and charged with two counts of violating the Digital Millennium Copyright Act for modding game consoles. The maximum penalty he’s facing is an astonishing ten years in jail; worse, the judge in the case denied his attempt to mount a “fair use” defense, ruling that the non-infringing applications of console mod chips are irrelevant because the DMCA doesn’t allow circumvention for fair use.

But things may be looking up a bit. Judge Philip Gutierrez “unleashed a 30-minute tirade” on prosecutors yesterday, blasting them over “serious concerns about the government’s case.” Those concerns stem from the government’s apparent over-eagerness to make an example of Crippen, which may have driven it to bend the rules a little too far.

At least two of the prosecution’s witnesses are alleged to have broken the law themselves. An undercover Entertainment Software Association investigator secretly filmed Crippen allegedly modding an Xbox in his home, an act which the defense argues is in violation of California’s privacy laws. Perhaps even more damning is the participation of Ken McGrail, a Microsoft security employee who analyzed the two consoles Crippen allegedly modded on behalf of the prosecution – and who admitted that he’d modded Xbox consoles in college himself.

The prosecution wanted to keep these shenanigans on the down-low, but the judge was having none of it. “Maybe two of the four government witnesses committed crimes,” he said from the bench. “I think it is relevant and the jury is going to hear about it – both crimes.”

He also appeared angry over jury instructions proposed by the prosecution stating that the government did not have to demonstrate “mens rea,” meaning that it doesn’t have to prove that Crippen knew he was actually breaking the law. That instruction goes against the government’s own DMCA manual, which states that knowledge of the illegality of the act is in fact a necessary component of the crime. “The first prosecution 12 years later, and you’re suggesting a mens rea that is akin to exactly contrary to the IP manual: that ignorance of the law is no excuse?” the judge asked.

“You didn’t even propose a middle ground,” he continued. “What’s getting me more riled, it seems to me I cannot communicate the severity to you of what’s going on here.”

The judge even appeared to question his own decision to deny the fair use argument in the case, opening up the possibility that some discussion of non-infringing use of mod chips could be allowed. “The only way to be able to play copied games is to circumvent the technology,” he said. “How about backup games and the homebrewed?”

When the dust had settled, prosecutor Allen Chiu apologized to the court and asked for a recess to plan the next move. Three hours later, Chiu told the court that the government would move ahead; testimony in the case has now begun.