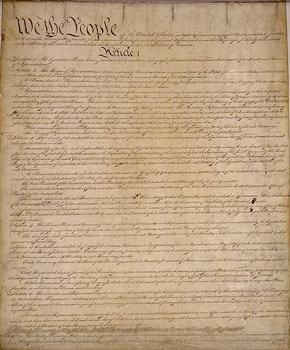 A judge in the U.S. has reduced a $675,000 fine levied against a student convicted of file sharing by 90 percent, ruling that the original award was “unconstitutionally excessive.”

Free stuff can be awfully expensive. Just ask Boston University student Joel Tenenbaum, who was clobbered with a $675,000 penalty last year for sharing 30 songs online. It may not sound like a concerted effort to bring the recording industry to its knees but the jury in the case awarded the maximum punishment anyway: $22,500 per song. Cha-ching.

U.S. District Court Judge Nancy Gertner, however, decided that figure went way over the line, calling it “unconstitutionally excessive.” She cut it down to $67,500, just ten percent of the original award, which she acknowledged was still “severe, even harsh.”

“It not only adequately compensates the plaintiffs for the relatively minor harm that Tenenbaum caused them; it sends a strong message that those who exploit peer-to-peer networks to unlawfully download and distribute copyrighted works run the risk of incurring substantial damages awards,” she wrote in her decision (PDF format). “Tenenbaum’s behavior, after all, was hardly exemplary. The jury found that he not only violated the law, but did so willfully.”

“Reducing the jury’s $675,000 award, however, also sends another no less important message: The Due Process Clause does not merely protect large corporations, like BMW and State Farm, from grossly excessive punitive awards,” she added. “It also protects ordinary people like Joel Tenenbaum.”

What happens next is anybody’s guess. The Recording Industry Association of America said it would “contest the ruling” but didn’t commit to actually appealing it to the U.S. Court of Appeals for the First Circuit, while Tenenbaum pointed out that while it was a welcome decision, it didn’t really change anything from his perspective. “Obviously, it’s better news than it could have been,” he told the Boston Globe. “But it’s basically equally unpayable to me.”

Tenenbaum’s case was only the second to make it to federal court in the U.S.; the first and far more famous case of Jammie Thomas-Rasset ended with a judgment against her of $1.92 million, an amount that was also later reduced, to $54,000. The RIAA offered to settle with Thomas-Rasset for $25,000 but she rejected the offer and the case is now about to make its third round through the courts.