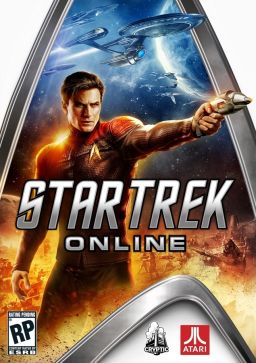 An executive from the pay side of MMOs called out publishers for quick launches.

After hearing about Aion moving to free to play, it’s safe to say that nearly every MMO will be switching over to that business model at some point. But not everyone believes the switch to free to play is a naturaly transformation of the market and instead blames bad game design and scheduling. Gene Hoffman – who is not related to Lex Luthor, unfortunately – runs a company called Vindicia that processes a lot of the purchasing for online companies like Blizzard, Cryptic, deviantArt and Boxee. Hoffman thinks MMO companies are forced to go freemium or free to play because they launch too early with not enough content.

“Look, some of these MMOs are launching and, they’re really bad,” he told Gameindustry.biz. “You don’t want to say that too loudly to them, but seriously, these guys need to do a lot more content before they launch. So why not price it that way?”

Hoffman also had a few ideas on how he would launch an MMO that seems foolproof. “Why not do a paid beta initially? Tell people, it’s pretty damn good and you’ll be able to play, but it’s not done and we’re not going to fill the whole world until three months from now – but sign up today for ten bucks a month and you know what, we’ll throw in the actual release and just keep it going when we come out of beta. Or five bucks a month, and move it up – or there’s a whole other model, where it’s ten bucks a year, and then freemium on top.”

While that isn’t exactly a new idea, Hoffman at least has hit upon something to which game developers should pay attention. “MMOs don’t have to have one and only one model for the entire life of the game. A lot of people have never really thought about businesses as being one model now and another model later – but of course, this is what movies do,” he said before providing examples. “You’ve got your house opening, then your DVD release, your airplane release, your VOD release, then the movie channels, then it’s on CBS, ABC, Sky One, etc.

“From that perspective, seeing the game business head that way – sure, the exact steps are different, but it’s not that different in reality,” Hoffman said.

Hmm, maybe subscription MMOs moving to free to play is just one step along a game’s evolution. Perhaps there should be a lot more downgrades along the way. Of course, the first MMO to do this will get a lot of flack, but it be a way to keep flagging properties earning money instead of just turning off the servers.