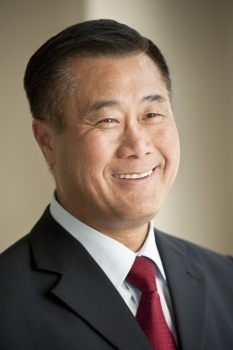 California Senator and notorious videogame hater Leland Yee says today’s Supreme Court decision granting First Amendment protection to games is a blow to the rights of parents and the safety of our communities.

Leland Yee, as you may know, has spent the past several years fighting to impose laws in California that would ban the sale of mature videogames to minors. That may not sound like such a bad idea on the surface but it’s a fairly fundamental violation of the First Amendment, which is why similar laws in numerous other states have been shot down every time they’ve come up. But Yee was a dog with a bone and somehow his quest became California’s, which led to the deep irony of an effectively broke state spending truckloads of money fighting for an indefensible law at the behest of a man who became famous by ripping Brian Thompson’s heart out through his lower intestines.

Anyway, the Supreme Court dropped the hammer of jurisprudence on Leland’s law today – details here – and as you might expect, the man was none too happy about it, saying the ruling “put the interests of corporate America before the interests of our children.”

“As a result of their decision, Wal-Mart and the videogame industry will continue to make billions of dollars at the expense of our kids’ mental health and the safety of our community,” Yee said. “It is simply wrong that the videogame industry can be allowed to put their profit margins over the rights of parents and the well-being of children.”

It’s a ridiculous sentiment, of course. At its core, all this ruling does is extend to the videogame industry the same protections enjoyed by the film, music and book industries. The right of parents to not buy their children mature videogames, or any other form of entertainment media, remains intact.

Yet in spite of all the time and money wasted, Yee was determined to put a positive spin on the loss, saying he is “certain that this eight-year legislative and legal battle has raised the consciousness of this issue for many parents and grandparents, and has forced the videogame industry to do a better job at appropriately rating these games.”

So I guess it was all worthwhile then.