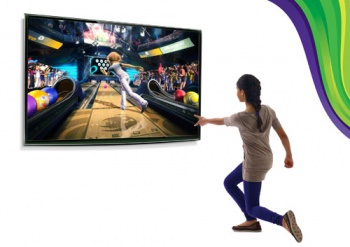 A fourth contender seeks to enter the battle for console dominance, but only in China for now, where the big three have no presence.

Chinese technology firm Lenovo has announced its intentions to release a controller-free videogame console called the Ebox. Lenovo developed a spin-off firm called Beijing eedoo Technology to work on the product, which is only planned for release in China, an area where the government has previously banned the import of videogame consoles.

Jack Luo, new president of Beijing eedoo, compares the Ebox to Microsoft’s Kinect. It will reportedly be able to read players’ movements with a camera, just like the upcoming Xbox 360 peripheral. “We are the world’s second company to produce a controller-free game console, behind only Microsoft,” Luo says.

However, don’t expect the two to go head-to-head anytime soon. Luo predicts more than 1 million Ebox sales per year after two or three years, but the console is only planned for launch in China (possibly in early 2011). Its release in other areas seems unlikely, but hasn’t been totally ruled out. The Ebox will launch with 30 free games as a method of dealing with China’s rampant piracy issues.

And as for the Chinese government’s problem with videogame consoles, considering them to be a form of entertainment unhealthy to youth, Beijing eedoo plans to market the Ebox as a healthy, patriotic activity. “Our product is designed for family entertainment,” Luo says. “Ebox may not have exquisite game graphics, or extensive violence, but it can inspire family members to get off the couch and get some exercise.” Luo also hopes to produce games with a Chinese cultural element to “win customers’ hearts.”

Microsoft wants to make its way into the Chinese market and is hoping for approval of Xbox 360 sales there, but faces an uphill battle. Beijng eedoo believes it holds the region advantage regardless because it’s a Chinese company that better understands Chinese consumers. Personally, I can’t wait to take a gander at some of the games the 16 separate game development companies are reportedly creating for the Ebox. I’m sure they’ll be spectacular, in one way or another.