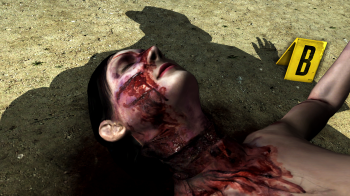 The rate of crime in the United States has dwindled in the last 20 years while gaming has increased.

Conservatives and hate-mongers like Jack Thompson always point to videogames as the root of all violence and evil in this world. After all, it makes a certain amount of sense in small minds that participating in violent games might lead to actual acts of violence. If that were truly the case, the rise of more realistic games would have lead to an increase in violence across all lines of American society. Modern Warfare 2 sold more than 10 million copies, there should be 10 million more murders out there. The evidence, however, shows that violent crime has actually decreased in America since 1991. You know what didn’t exist in 1991? The first-person shooter.

In a report on the BBC website, writer Tom Geoghegan posits several reasons why crime has lessened in the States from better police work to, sadly, the greater frequency of legal abortions for poor women. But reason number nine on the list? The growing popularity of videogames.

“A study released last month suggested videogames were keeping young people off the streets and therefore away from crime,” wrote Geoghegan. “Researchers in Texas working with the Centre for European Economic Research said this ‘incapacitation effect’ more than offset any direct impact the content of the games may have had in encouraging violent behavior.”

The paper cited was written by Michael Ward, an economist at the University of Texas at Arlington. In “Understanding the Effects of Violent Videogames on Violent Crime,” Ward and his colleagues argue that all the studies saying that games cause aggressive violence are bunk.

“To many in this field, it is logical to assume that if exposure to violent media causes aggression in the lab, that it will therefore cause aggression when exposure occurs non-randomly outside the laboratory, including other outcomes associated with aggression, such as crime and violence,” Ward writes.

“We argue that since laboratory experiments have not examined the time use effects of videogames, which incapacitate violent activity by drawing individual gamers into extended gameplay, laboratory studies may be poor predictors of the net effects of violent videogames in society. Consequently, they overstate the importance of videogame induced aggression as a social cost.”

Ward goes on to say any possible short term “aggression” that videogames may elicit is mitigated by the time it takes to play them. Basically, if you are playing Manhunt, you probably don’t have enough time to plan a real one.

“We find that the social costs of violent videogames may be considerably lower, or even non-existent, once one incorporates the time use effect into analysis,” Ward said. “Insofar as our findings suggest that the operating mechanism by which violent gameplay causes crime to fall is the gameplay itself, and not the violence, then regulations should be carefully designed so as to avoid inadvertently reducing the time intensity, or the appeal, of videogames.”

Based on this paper, the people who think that regulating videogames may help society and decrease crime might actually make murder more prevalent by limiting the supply of games to our youth. Think about the delicious irony there.

I wish the findings of this paper were available for the Supreme Court Justices as they debate whether California’s law making it a crime to sell M-rated games to minors is constitutional or not. Here’s hoping the Justices are doing their homework and reading The Escapist. 🙂

Source: BBC and “Understanding the Effects of Violent VideoGames on Violent Crime“

My Little Ponies Throw Down in Fan-Made Fighter

Get to Comic-Con, Play Mass Effect 3