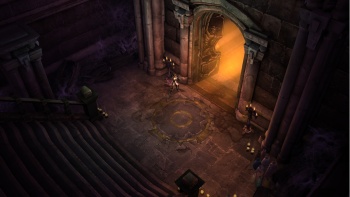 Blizzard says it’s not banning Linux users from Diablo 3 for using Wine, but because they’re cheating.

The cry went up yesterday from Linux users far and wide, claiming that Blizzard is “banning Linux users for using Linux,” or more precisely, for running Diablo 3 under Wine. Wine, for those not in the know, is software that allows Linux users to run Microsoft Windows programs.

According to the claims, Blizzard’s cheat detection system is picking it up as a cheat, leading to bans and a refusal to issue refunds to those affected. It’s impossible to say exactly what tripped the wire since Blizzard doesn’t disclose that information in ban notices, but as one affected user pointed out, Blizzard has previously noted that running “unsupported hardware or software,” including operating systems like Linux, could cause grief with its system survey program. It’s not a huge leap to think that similar issues could arise with its anti-cheat systems.

Blizzard, however, is sticking to its guns, saying that no unrighteous bans have been handed out. “We’ve extensively tested for false positive situations, including replicating system setups for those who have posted claiming they were banned unfairly,” Community Manager Micah “Bashiok” Whipple wrote. “We’ve not found any situations that could produce a false positive, have found that the circumstances for which they were banned were clear and accurate, and we are extremely confident in our findings.”

“Playing the game on Linux, although not officially supported, will not get you banned – cheating will,” he added. He also denied claims that the situation is similar to mistaken World of Warcraft bans in 2006, saying, “It’s not a similar situation, but it’s sure to be something to fuel the fire of doubt.”

A number of Wine users have since spoken up to confirm that they’re still playing without impediment, but that hasn’t done much to mollify those who are banned or who like to think that Blizzard is inherently evil and/or incompetent. Who’s right, who’s wrong? The mystery, such as it is, isn’t likely to be solved to everyone’s satisfaction with anything less than a confession. “It’s company policy not to discuss account actions with anyone but the account holder, or their legal guardian if applicable,” Bashiok wrote. “It’s an issue between us and them. Trust me, it’d be much easier on me to just post exactly what they did, but we feel it’s important to honor the privacy of our customers.”