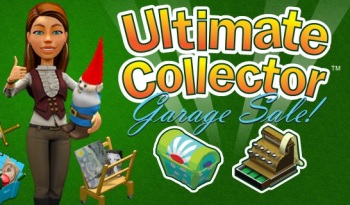 Ultimate Collector, Richard Garriott’s next free-to-play “mid-core” game, is being published by none other than Zynga.

In the days when Richard Garriott was better known to gamers as “Lord British,” he made heavyweight, single-player RPGs set in the fantasy realm of Britannia that remain famous to this day. These days, however, he’s more about accessibility, the mass market and making games that are the absolute opposite of those of his past. The first game to come out of Portalarium, the company he launched back in 2010, was a Texas Hold ‘Em poker game, and next up is Ultimate Collector, a free-to-play game about buying, selling and trading stuff that’s being published by Zynga.

“We’ve got almost 30 years in the business, and we feel like we’re at the beginning of a new era in gaming – social games – which can reach ten times more people than massively multiplayer online games can, which in turn could reach ten times more people than single-player games could,” Garriott told VentureBeat. “Zynga is at the head of this market.”

Not that Ultimate Collector will be just another mindless Zynga clicker. “We believe the market is already showing its taste for more depth and stickiness. And that’s what we create,” he explained. “The front end for these mid-core games is light enough to attract new gamers, but we add enough depth so we don’t run off the hardcore players.”

Ultimate Collector is all about finding and buying virtual items, fixing and selling some of them to earn in-game money that’s used to decorate your virtual home and expand your collections. Objects in the game will have real-world equivalents that can be purchased through affiliate partnership deals with companies including Macy’s, Simon and Schuster, Wild About Music, Go Antiques and Wonderful World of Animation, with more coming in the future. The game has been in development for two years, and is currently in closed beta testing.

And despite Zynga’s well-publicized troubles of late, Garriott believes it’s still the best option for his game. “They have millions of eyeballs and are clearly the master of viral spreading and monetization,” Garriott said. “We’d have to spend money on marketing to acquire users, either way. And there is less risk this way. The early analysis shows Zynga is a good platform.”