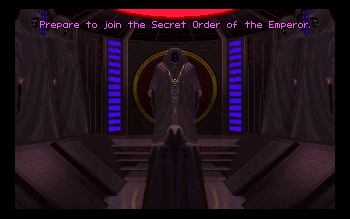 Lucasfilm appears to be building up to some new Star Wars shenanigans.

Last week, Lucasfilm, the parent company of videogame studio LucasArts, quietly registered a pile of domain names related to something called Star Wars: First Assault. The names, which included three variations of the title across the .COM, .NET, .DE and .CO.UK domains, were actually filed by the Corporation Service Company, an “internet brand protection agency” of which Lucasfilm is apparently a well-known client.

It was all done on the relative down-low, but today it’s come to light that Lucasfilm has also filed a couple of trademarks for the same thing, one for First Assault and one for Star Wars: First Assault. The filings are for “Interactive entertainment software and accompanying instruction manuals sold as a unit,” in a great many varieties including computer, console, downloadable and mobile-based games. As you’d expect from a Lucas product, the filings also cover books, toys, pencil cases, sticker albums, non-electronic personal planners and a plethora of other products upon which the Star Wars name may be plastered.

Lucasarts has thus far said nothing about what First Assault may be: It might be a shooter set in the Old Republic, or perhaps it’s a turn-based grand strategy game based on the Battle of Naboo. What it isn’t, alas, is TIE Fighter 2, and so while I’ll admit to a certain natural curiosity about the whole thing, I’m afraid the Palpatine pinatas and spiked Dookoolaid will have to wait for another day.