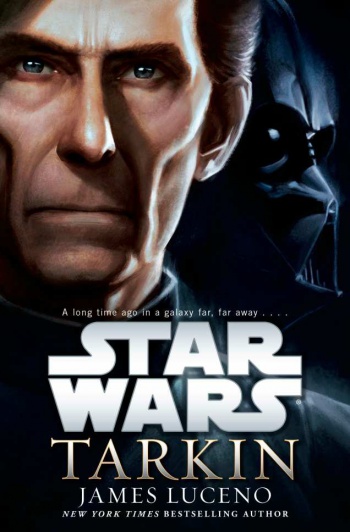 Star Wars‘ New Expanded Universe will launch four new novels by 2015, including a Rebels prequel and the origin of Grand Moff Tarkin.

Right now, many Star Wars fans are feeling incredibly conflicted about the end of the original Expanded Universe. I’ll even admit to being one of them, not because I’m against the prospect of reboots, but because there’s a wealth of quality material there that might get swept under the rug. That’s why the first EU stories Lucasfilm produces will be crucial; they’ll either refute or confirm the fears of die-hard fans while acting as an introduction to the upcoming Episode VII. On that note, Lucasfilm has revealed the first four novels that will make up Star Wars new canon. Starting with a prequel to the Rebels TV series, we’ll also get tales of Sith Lords, Luke Skywalker as a newly-minted Jedi, and the origins of Grand Moff Tarkin.

The appropriately titled Star Wars: A New Dawn, written by John Jackson Miller, will kick off the new Expanded Universe. The novel introduces Kanan Jarrus and Hera Syndulla, two central characters of Star Wars Rebels, depicting how they first joined forces to fight against the Empire. As the writer behind Dark Horse Comics’ Knights of the Old Republic series, Miller’s connection to the old EU might placate quite a few fans moving into the new.

The other books have no plot descriptions just yet, but they still look quite promising. Kevin Hearne’s Heir to the Jedi should present the first adventure of post-Episode VI Luke after proving himself as a Jedi Knight. Paul S. Kemp’s Lords of the Sith highlights Darth Vader and Emperor Palpatine, with a cover heavily implying they’re about to go Force Unleashed on their enemies. The final book is Tarkin, a deceptively simple title with huge significance to classic Star Wars fars. Presumably author James Luceno is retelling the history of everyone’s favorite Grand Moff, something covered extensively across the EU and Clones Wars TV series.

A New Dawn and Tarkin will reach physical and digital booksellers on September 2 and November 11 respectively, while Heir to the Jedi and Lords of the Sith launch in early 2015. I suspect a great many fans will be watching these novels very closely, even if just to see whether EU landmarks like Mara Jade survived the transition to Lucasfilm’s official canon.

Spielberg to Direct Adaptation of Roald Dahl’s The BFG