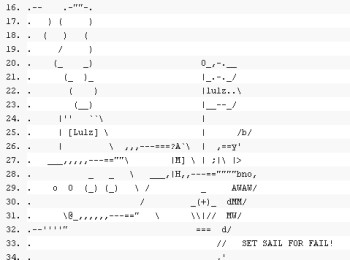 Bethesda Softworks has confirmed that it suffered an “unlawful intrusion” of its websites over the weekend but says that no personal information or financial data was lost.

The Lulzboat sure does get around. Its latest port of call was none other than Bethesa Softworks, the company behind the Fallout and Elder Scrolls games, which confirmed earlier today that it had indeed been attacked by the suddenly-famous hacker group.

“Over the past weekend, a hacker group attempted an unlawful intrusion of our websites to gain access to data,” the company revealed on the Bethesda Blog. “We believe we have taken appropriate action to protect our data against these attacks. While no personal financial information or credit card data was obtained, the hackers may have gained access to some user names, email addresses, and/or passwords. As a precaution, we recommend that all our fans immediately change passwords on all our sites – including our community forums and the statistics site we maintain for Brink players.”

“We regret any inconvenience that these attacks on us cause for you,” the statement concluded. “These attacks will be evaluated to determine if there are any additional protections we might take that would be prudent.”

Why did Bethesda get off comparatively lightly in this attack? Better preparedness brought about by the spate of recent attacks against game companies is one possible explanation but another factor might simply be that the Lulzsec hackers are fans of Bethsoft games.

“Please find enclosed everything we took, excluding one thing – 200,000+ Brink users. We actually like this company and would like for them to speed up the production of Skyrim, so we’ll give them one less thing to worry about,” the group explained in a Pastebin description of the attack. “You’re welcome!”