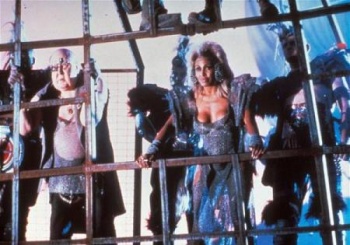 Avalanche Founder Christofer Sundberg says that it doesn’t matter where the game is set in the world.

Fans of Mel Gibson’s Mad Max films were tickled pink when the trailer for Avalanche’s new Mad Max game showed up on the big screen at E3. This excitement soon turned to disappointment, as we realized that Max’s iconic Australian accent had been replaced with the bog-standard “Marcus Phoenix Voice” that seems compulsory to all male videogame protagonists these days. When asked about this shift in setting, Avalanche founder Christofer Sundberg said that “The setting – where it is in the world – has really nothing to do with the Mad Max video game.”

The original movies were set in a post-apocalyptic Australian outback. Sundberg wants to move away from this though, telling us that “We treated [the Mad Max game] as a completely new property, and that was really the only way for us to take on a licensed game.” He says that the studio wants to treat it like an original IP, and hopes that it can “transcend” backlash from fans of the movie franchise.

What’s a bit confusing is that despite Max’s out-of-place accent, the rest of the trailer appeared to be a pretty accurate portrayal of the films. They seemed to feature the Australian outback, and even had Ford Falcons – an iconic Australian car.

Sundberg says that the setting isn’t important because “It’s really a game to do with the relationships between different people in this world.” When asked if anything could be done to give Max his proper Australian accent back, Sundberg replied “I don’t know. We’ll see.”